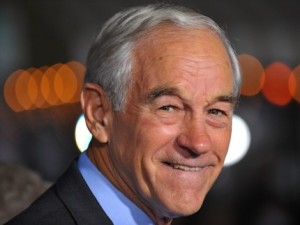 I am an unlikely person to be talking about the attractiveness of Ron Paul as a presidential candidate. And since the primary season has cooled down, we can now reasonably say that in 2012 Paul will not be our next president. However, it seems by attaching a partial libertarian identity to my views, I am still asked about one of two topics by those in the conservative movement of which I identify more readily: Ron Paul and/ or Israel (and questions about Israel are usually more a question about Ron Paul than about foreign policy).

Paul has not been my choice for the GOP ticket. His foreign policy baffles me; once Paul leaves the economic barn, his views are all over the proverbial political road. Those who support a strong national defense and/ or Israel simply scratch their heads when hearing his kind of talk at a GOP debate. I vehemently support the right for Israel to exist and act in its own interest. But despite his short comings, Paul shines when he speaks on economics.

Even though it seems that Paul has an uncanny ability to turn every question into a speech about war, one thing has been clear to me since the beginning of the campaign season: what has attracted many people to Paul’s views is not his libertarian vision in totality, but his conservative economic foundation. He made the strongest case for conservative economics of any the candidates during the debates. If he would have limited his answers to economic concerns, his “foreign policy gap” would not be as glaring (we would certainly see it, but we would not have been reminded of it so regularly).

Libertarians and conservatives, often unknowingly, share an economic heritage. The current culture war has divided conservatives and libertarians into two very different groups on social issues. However, a common belief in limited government and free markets can allow these two groups to leverage change at the ballot box. It is often said that those who adopt conservative views (in the United States) over time often follow a sequence: they first develop a conservative view on defense, then fiscal matters, and finally, social issues. It goes that this nameless person may know someone affected by a situation, either domestic or abroad, which necessitates military or security measures. From here, this person realizes that certain policy is needed to maintain our structure and security. Finally, the realization that social policies are directly affected by the consequences of our fiscal decisions brings a person to support more social conservative ideas.

Whether or not this is true for any particular individual, it uncovers that people have a point of entry for a particular set of wider views. While each Paul supporter (particularly of the 20 and 30 something crowd) is not likely to follow this progression, many knowingly or unknowingly sense the grounding effect that sound fiscal policy and limited government intervention has on our liberty. By discussing the causal link between economic and personal liberty, conservatism can begin to have a groundswell effect. No one tells this storyline better than Milton Friedman- and in his absence the mantle is upon those in the conservative movement who can effectively marry these ideas.

In the following video, Jonah Goldberg, in his usual dry wit, highlights the shared economic heritage of conservatives and libertarians, all the while down playing the case for making social issues front and center at this time. (When you have a spare hour, check out the entire debate being Goldberg and Matt Welch from Reason magazine, entitled “Are Libertarians Part of the Conservative Movement?”).

Only a minority of Paul supporters finally supported McCain in 2008. There are many left leaning libertarians who will never side with a GOP candidate- these people will not be won over by establishing economics as a common starting point since, by the very nature of being a libertarian, they pay particular attention to how conservatives use the government in social issues. They prefer a “leave me alone” mentality which is closer to an anarchist view, as opposed to many conservatives who believe virtues keep a society from running off the road. Regardless of which view an individual believes, culture lives downstream from our virtues and economic principles.

If so many will not end up siding with a GOP candidate, why is worth the time to reach out to them? Simply, the clear and constant conservative message has yet to be heard by many in these groups. The reasons for keeping Republican candidates at arm’s length are understandable. In the past decade, their spending has looked more like the Democratic Party. Their willingness to allow and support big spending remains to be found in what is often perceived as a type of corporate welfare- providing incentives to narrowly determined industries and groups who often shut the door of success to others once they have entered the room. As a result, the Republican Party has lost numbers; most of recently departed now identify as an independent, or they have created/entered the Tea Party- which has clearly displayed a return to economic libertarian roots (and remains mostly socially conservative). Younger voters sense that the Republican discourse is “just not comfortable” for many of them; and while it easy to expect them to frame issues in the same way older voters do, many of them are simply reacting in a vacuum of clearly articulated conservative views not recently offered by schools and candidates; as a result, many of them feel compelled to choose between a progressive or libertarian identity.

When we win the discussion on economics, we can begin to talk about how policy is shaped by those principles. Once told, we can show how social issues are affected by economics and policy.  The final battle line in the United States today is the culture war.  We must begin with economics- and we must win by discussing principles and economic facts (both the moral and philosophical arguments must be made). We will discuss the social issues later; many will later find that libertarian social policy is often undesirable and impractical to implement. If you have any doubt that conservatives and libertarians will not agree when we get there, this video clips shows what we have in store:

Once the conservative economic message becomes clear and constant, the Republican Party will grow and change with it; when the electorate speaks with clarity, candidates will listen to that which gets them the votes they need. If candidates do not, they will be replaced by another.

Policy and culture live downstream from our virtues and economic principles.  When the case for conservatism is being heard by those in other groups (particularly by libertarians and the young voters) the dynamics will shift, and the numbers will be on the side of the conservatives.  The future arguments about social issues may divide conservatives and libertarians into subgroups, but it is there we will pick up the conversation as a larger group.   In the meantime, we can grow by accepting the fact that many conservatives and libertarians agree on economics and can mutually benefit each other by setting a foundation of limited government and free markets.

This entry was posted in Economics Resources. Bookmark the permalink.